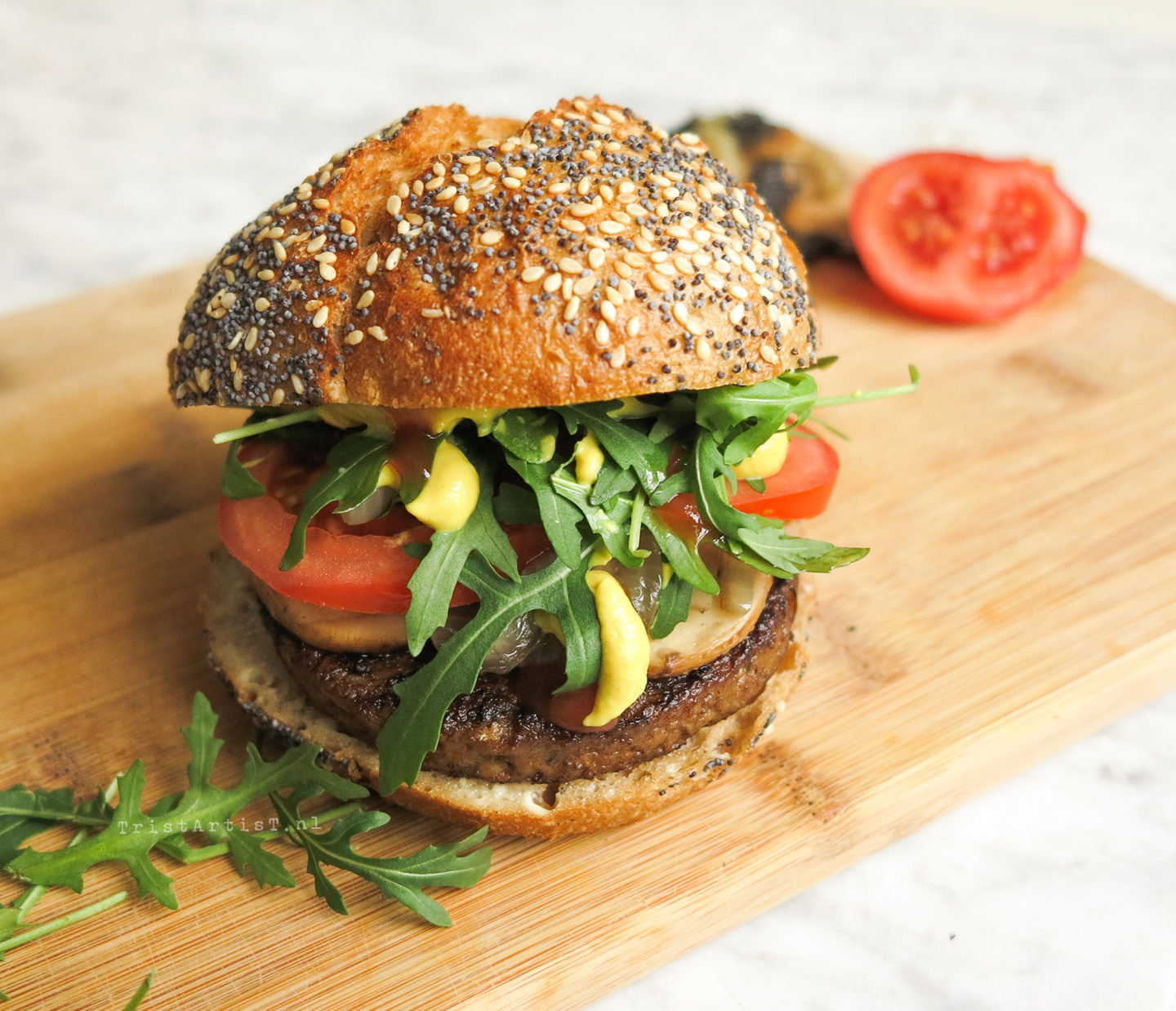 You might have noticed that I am working on being more healthy. Not only with food, but also with working out. I am going to the gym 3 times a week now and it feels great! I’d have to say that a lot of the credit goes to my gym buddy Maja. It is so much more fun to work out with a friend!

One of my favorite subjects to talk about is food, especially healthy food, so this naturally came up during lifting weights and trying to breathe normally. I still needed a new recipe for Vegan Friday so I tried to get some inspiration and I came up with the Vegan Rocket Burger! For a lot of people eating vegan sounds like chewing on grass all day, but this isn’t the case at all! When Kelvin tasted this burger he even said: ‘It almost tastes like real meat in a way’. It definitely looks like a real burger to me! 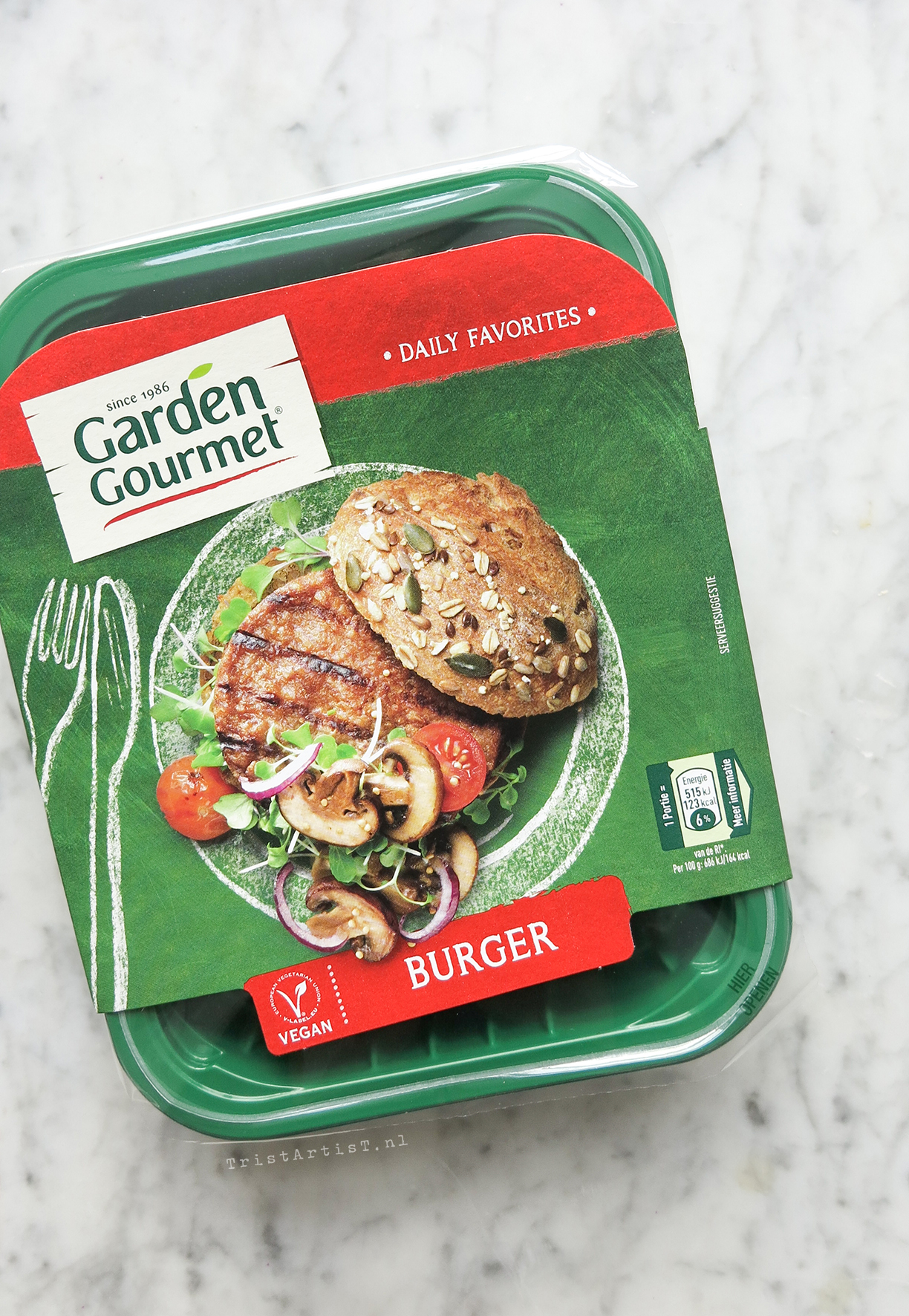 The most important ingredient to this recipe are the burgers. I bought these burgers at a Dutch store called Albert Heijn. 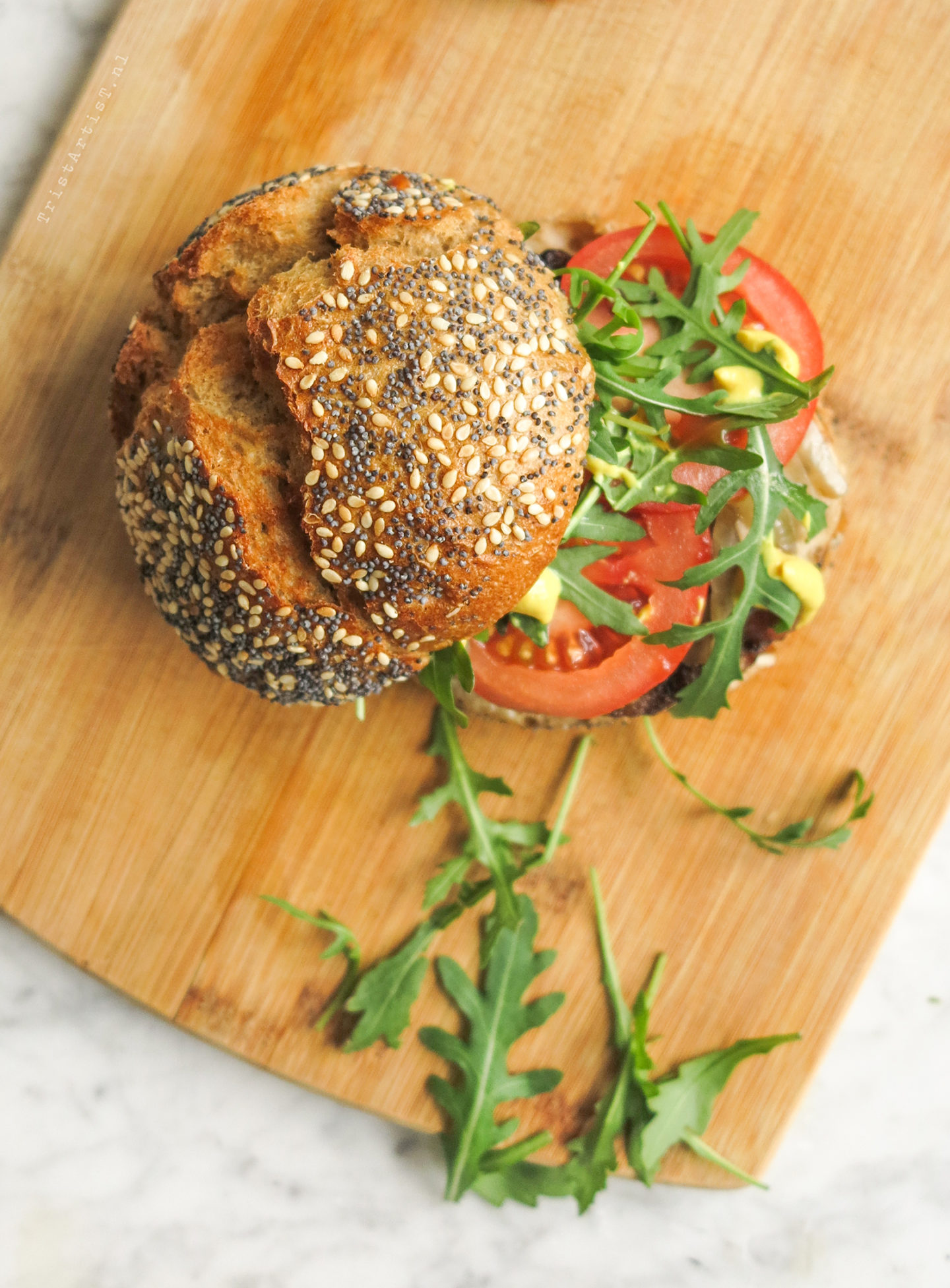 Another disclaimer! This burger is very hard to eat (which burger isn’t?), so don’t make this for a first date or something. Unless you want it to get messy, haha.

You may also enjoy: